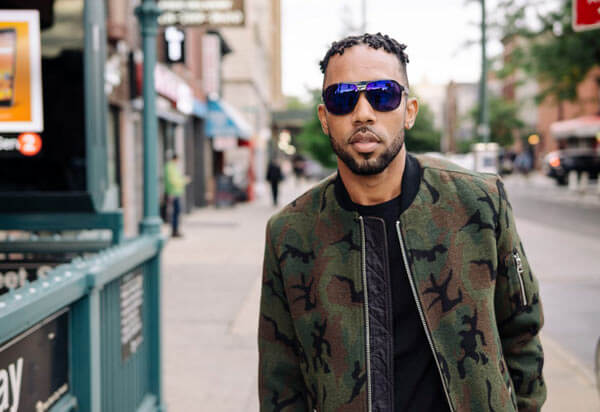 He’s back on the scene.

Dancehall artist Baby Cham is making his return to the music with the release of his new album “Lawless.” The artist rose to fame in 2004 with his single “Ghetto Story” and soon after came out with an album of the same name. The hit scored him even more popularity with the remixed version of the song. Now seven years since his last album, Cham’s musical style is much more experimental on his new project, which he described as a mash-up of different genres with dancehall as the base influence.

“You can’t box this into just dancehall or just reggae,” he said. “This new album is a mixture of dancehall reggae, electronic dance music, and a lot of different fusions.”

Baby Cham explores and dabbles in different sounds in his latest album, presenting his fans with what they may have missed from him. He said often there was a rigid expectation for the genre, but invoked one of his idols and his creative inspiration.

“The whole album is like that. A lot of people think this is how dancehall is supposed to sound, but this just us going to the studio with a lot of freedom, and us doing what we want to do,” he said. “What Marley did, that’s authentic reggae because that’s what reggae is all about — different fusions of music.”

Despite not releasing a music project for close to a decade due to label issues, the musician used his time by branching away from contract by promoting singles and was building a favored brand. Now the name of his album, Lawless is also the name of his line of t-shirts. While working on smaller projects, he said a fan base grew and they started asking for music.

“Since the last album, I was basically promoting singles from the last album “Ghetto Story” and was on the on road a lot,” he said.

Most of the songs on the 15-track album range from upbeat and dancey songs, to other songs that even tackle social commentary, according to Baby Cham.

And in recent years due to digitalization he said dancehall has found an even bigger platform. Unlike many naysayers, he said the changes to dancehall are more positive and beneficial to the industry.

“Dancehall as a genre is in good hands now. If you check the billboard right now there are about six or seven songs right now charting,” said Baby Cham. “This is evidence that even if they don’t give recognition to dancehall, it shows that are a lot of people are listening to it, it’s just up to us as artists.”

“It’s a positive thing and you can’t tell people what not to do because music has no boundaries.

And he said that even popular legends in the genre would not have been able to reach stardom.

What Marley used to do would not work now, its evolution of music and it keep evolving, all you really have to do is tweak it a bit

Cham’s album is currently out for release on iTunes and other music sites.