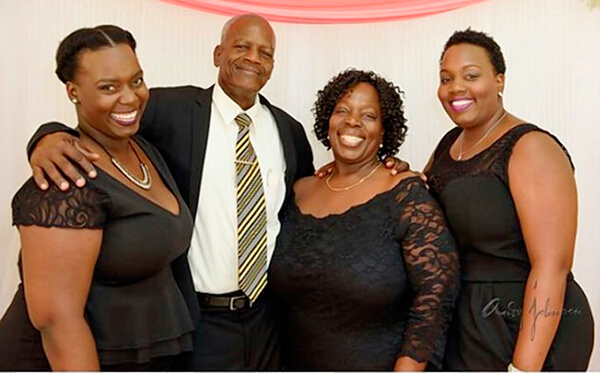 Grenadian Prime Minister, Dr. Keith Mitchell, has been seeking to dampen a potential flare-up between his countrymen and officials in Barbados after an alleged rough up and indecent search of nationals of his country.

News broke last week of allegations by a Grenadian family, the Gilberts, that while shopping during an October visit to Barbados, some members of the group were accused of stealing a cellular phone, subsequently detained at a police station, poorly treated, and one of them made to endure a humiliating body check during a six-hour detention.

And, amid reports that the family had secured the services of a high-powered battery of lawyers to prepare a law suit against the Royal Barbados Policy Force, Mitchell was reported saying in Barbados TODAY epaper Monday evening report that he was prepared to give Barbados the benefit of the doubt, at least until the matter could be fully investigated.

“It seems to me that there might have been an over-reaction from a report, and if what I saw is true, the [Barbadian] police may have to examine their approach in a matter of this nature because, as it turns out, there may not be any basis for it from all reports I have heard,” he added.

The Gilbert daughters, Tamika, 28, and Lynnel, 31, needed to visit Barbados in October for a United States visa interview with officials US Embassy, which is stationed in that island and covers the entire Eastern Caribbean. They were joined by father, Royston, a Grenadian pastor and mother, Glennor, for family time with a Barbadian aunt and cousin.

But their business trip and vacation turned into a nightmare on October 11, when while shopping a store operator accused the daughters of stealing cellular phone.

Tamika said that thought she volunteered to have her bag checked and it revealed nothing stolen, police were called in.

The family said that a large number of officers responded to the call, and following a shouting match among them, the store operator and police, the sisters, along with the cousin were carted off to the police station.

Tamika said that after being taken to the station’s lavatory for what she believed would have been a pat down search, another and much more embarrassing stage of the ordeal began.

“I went to the bathroom and she [female police officer] is at the stall with her back to the door and she said, ‘take your hair down’ cause my hair is in braids and it was in a bun. Then she says, ‘take off all your clothes stoop and cough’… She wasn’t even satisfied with how low I stooped.”

It is also alleged that when Lynnel requested to use the toilet, she was forced to do so with the door open and in full view of an officer.

Barbados Police found nothing in their search and family returned to Grenada, and went to the media with their story in January after securing the services of a legal team led by Attorney, Ruggles Ferguson.

Since the media expose, the Barbados police announced that it had begun an internal investigation into the conduct of officers in the matter.

Of the reported Barbados police treatment of his citizens, Mitchell said, “sometimes public servants take individual decisions that send a wrong message at the political directorate level and the country level, and sometimes we as leaders have to find out the facts and advise accordingly.

“But it does not look good.”