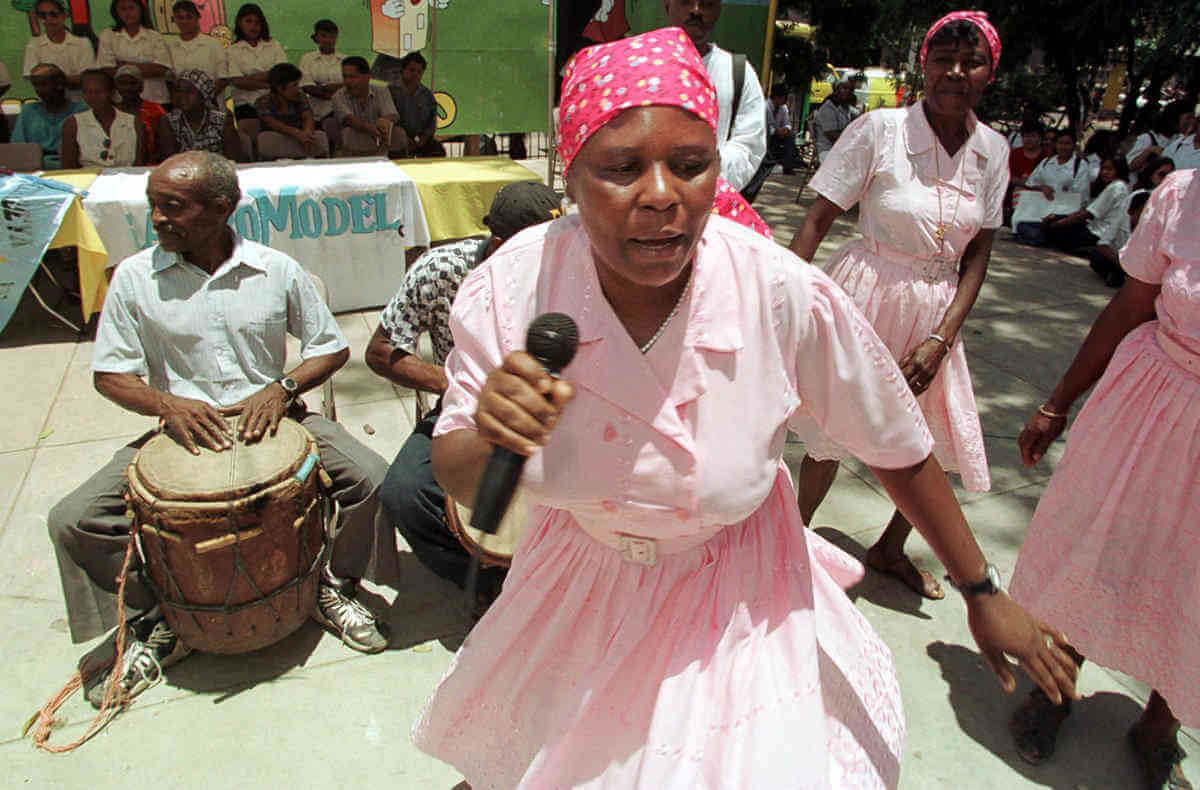 The dance group Nueva Estrella celebrates the 202th anniversary of the arrival of the black community, called Garifunas, from the Caribbean to Honduras, with a performance at Tegucigalpa’s Central Park, Monday, April 12, 1999 in Honduras. During the late 18th century, the black slaves fled the English colonies in the Caribbean for a free life in Honduras. Presently there are about 500,000 Garifunas, who live mostly on the Atlantic coast.
Associated Press / Victor R. Caivano, File

According to UNESCO, ignorance or concealment of major historical events constitutes an obstacle to mutual understanding, reconciliation and cooperation among peoples. The celebration of Black History Month in the USA, is an opportune time to tell the story of the Black Caribs / Garifunas.

The Black Caribs or Garifunas, are the largest ethnic minority in Honduras. They are the descendants of African-Carib-Arawak populations from the Caribbean island of St Vincent who were forcibly deported to the Honduran coast in the eighteenth century.

As survivors of shipwrecks, Africans, sought refuge in mainland St. Vincent. The vast majority of Africans were males who intermingled with Carib and Arawak women and produced a generation of free mixed-race people.

The children produced as a result of this union have been described, as having preserved more of the skin complexion of their African father than of their Amerindian mothers. A new group of African and Amerindian heritage developed in St Vincent. The British colonial administration used the term Black Caribs to distinguish them from Yellow and Red Carib, the Amerindian population that did not intermingled with Africans.

It was the custom of French settlers who came to St. Vincent to bring their slaves with them. This posed a problem for the Black Caribs since it was virtually impossible to distinguish between them and the slaves, particularly between the children. The Black Caribs sought to deal with the issue by adopting more and more of the culture of the Amerindians. They even adopted the language, which provided a ready lingua franca.

Culturally the Black Caribs were indistinguishable from their Yellow or Red Carib cousins, they spoke the same language, they had the same material and Intangible culture as the other Caribs, having assimilated their culture. Assimilation of the Carib culture, effectively set them apart from the African slaves on the French and English plantations.

The British viewed the Black Caribs as “African Colonists” or Maroons and not as Indigenous. The Black Caribs viewed themselves as indigenous to the island and part of the overall Carib nation. The shipwreck story, which placed their history outside the prison of the plantation, was an important bolster to that identity.

The population of the Black Caribs continued to grow inexorably through both natural increase and a constant flow of runaway slaves from Barbados. As a result, they tended to encroach more and more on what the Yellow Caribs considered their preserves. The Yellow Caribs sought assistance from the governor of Martinique.

In 1700, the governor responded by dividing the island into two sections. He drew a line called Barre de l’Isle in the vicinity of the present Colonarie, giving the western half to the Yellow Caribs and the eastern to the Black Caribs.

The Black Caribs held the Barre de l’Isle ruling as sacrosanct and were prepared to defend their territory, which became known as the Carib Country, against all comers. The Yellow Caribs for their part saw the French as protectors. They wanted the western coast since it would facilitate commerce with the French in Martinique and St. Lucia.

In 1763, St. Vincent was recognized as British colony by the Treaty of Versailles. The Garifunas waged a 40-year war of resistance against the British until their Paramount Chief Joseph Chatoyer was killed in battle on March 14, 1795. The survivors were captured as prisoners of war.

Between July 26 1796 and Feb. 2 1797, 4,776 persons from St. Vincent were sent to the inhospitable off-shore island of Balliceaux for a seven-month transit before deportation to the Spanish-ruled Roatan Island in the bay of Honduras in Central America.

The Garifuna are a hybrid people resulting from a biological and cultural mixture between Caribs and Arawaks of the Caribbean and people of African origin. This process of hybridization, which took place in the Caribbean island of Saint Vincent, gave rise to a new group called the Garifuna or the Garinagu.

All of the Garifuna communities in Belize, Guatemala, Honduras and Nicaragua descend from the 2,026 Garifuna people forcibly deported from Saint Vincent in 1797. They are therefore one people who share the same history and a common tradition in language, music and dance among other intangible cultural heritage.” Happy Black History Month