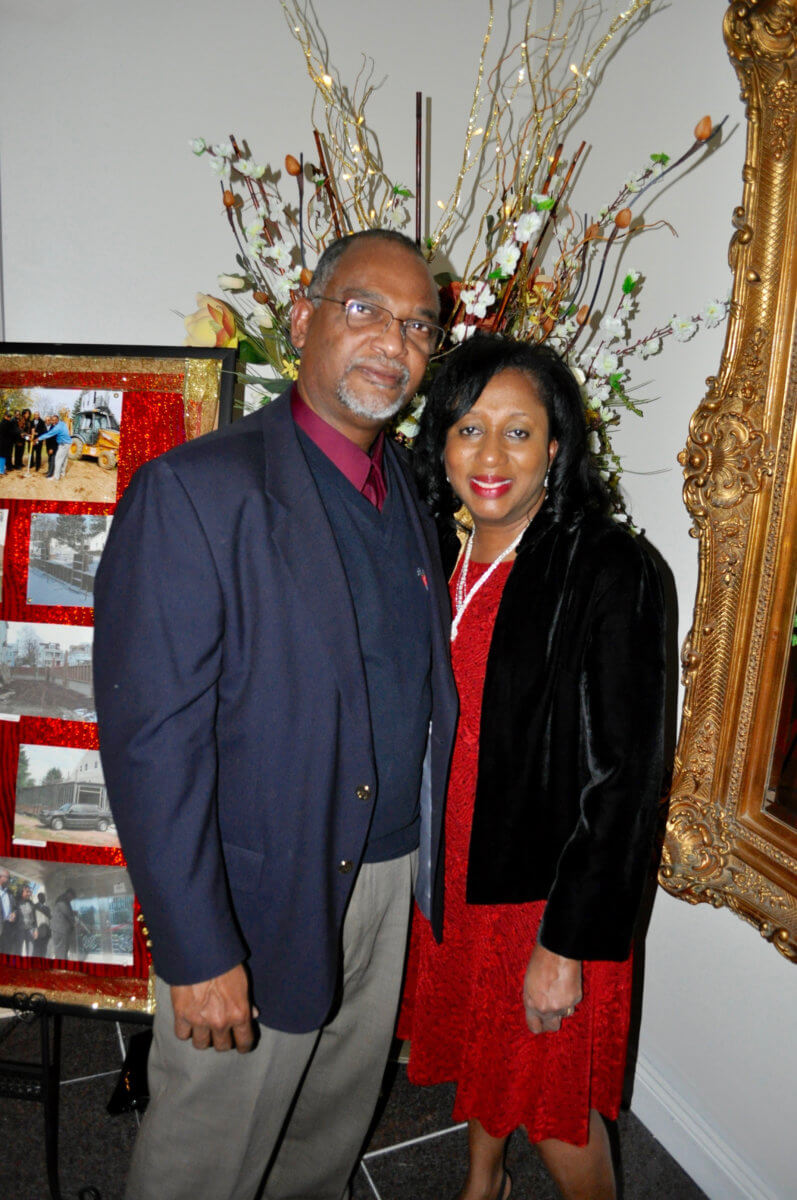 Linden Branche and Victoria Branche at the opening of D’Lorice Banquet Hall in Irvington NJ. in 2016.
Photo by Tangerine Clarke

Kind and generous, were words that described late Guyanese-American Linden Branche, who was memorialized by friends and family, from far away as Guyana, Cayman Island, Hong Kong, Australia, Brazil, Canada, and the U.S. during a poignant virtual sendoff, organized by Charlestown Alumni Association, NY, Inc., on May 2.

The former owner of D’Lorice Banquet Hall died from Covid-19 just after he turned 65.

Branche, remembered as a successful businessman, community advocate and entrepreneur, who, along with his wife Victoria, built the first black-owned banquet hall in East Orange, New Jersey, was eulogized by friend, and former schoolmate Alex Neptune, as someone whose qualities are irreplaceable.

“He gave from his heart not expecting anything in return. He was always willing to help someone start a new business, or offering a job at the banquet hall. He was a resourceful person, who believed in his community of Irvington. He had friends of all nationalities, rich and poor, he was a family man, lamented Neptune, recalling Branche’s recent trip to Guyana to reconnect with relatives.

“Linden had tenacity, and drive. He lived his life to the fullest, and many times took us along for the ride. God had other plans for him. Thanks for the joyous years we spent with you, added Neptune, who expressed deepest condolences to Branche’s family.”

Linden was the total package. Mentally tough, physically strong, and spiritually deep, said former schoolmate Danny Ranchurjee, adding that, he and Linden had prayed together. “He loved his friends,” he shared.

Dr. Henry Muttoo admired Linden for his industry, the exuberant way he celebrated life, the joy he brought to everyone, and the bond they shared.

“I have emotionally distance myself from others lost to Covid-19 but Linden’s passing would not allow me to do so. It is the most painful, he was a good man, he was my friend,” said Clement McAlman, sobbing uncontrollably.

“We were both competitive, but he brought out the best in me. He was a great, kind man. He is gone too soon. My life will never be the same,” added Skeete.

“He was not only a Caribbean man, he was a community man. Irvington was his heart and soul,” she said of the icon, she met at an event hosted by then, Mayor Corey Booker.

She said he was a visionary, but he faced difficulty being a black businessperson, not being able to acquire loans to complete his banquet hall.

“He said he was tired of black people having to socialize at ‘dives’. It was pretty much his dream, and he build that banquet hall from the ground up,” said Murphy.

Branche played vital roles on the carnival committee, as a volunteer member, and a 2014 Grand Marshall, representing Guyana.

During his one-year term as chairman, he raised funds, remained one of the main sponsors, and offered his establishment as the kick-off point for the carnival. He was a Goodwill Ambassador, and received Proclamations from the City of Jersey City, and Hudson County, NJ.

Caribbean Life was the first publication to feature the 2016 opening of D’Lorice, after Branche, a computer specialist, worked arduously to improved his neighborhood, by building the upscale venue.

He was determined to invest in a banquet hall to enhance his community, and engage the Caribbean community.

“We support a lot of social events outside of the neighborhood, so I saw a market for a banquet hall and I said why not in the Irvington community,” Branche had said.

“There is no need for me to be fearful, of my neighborhood. We need to promote people like ourselves. We cannot all run from our community, or be indoctrinated by those who say Afro-American citizens can’t own a business such as this,” were his fighting words at the opening of his D’Lorice.

Branche leaves his wife, Victoria, children Joseph and Natolia Wayne, grandchildren, brother, Julian, and many relatives, to mourn his passing.