Developer disputes some Save Associated claims 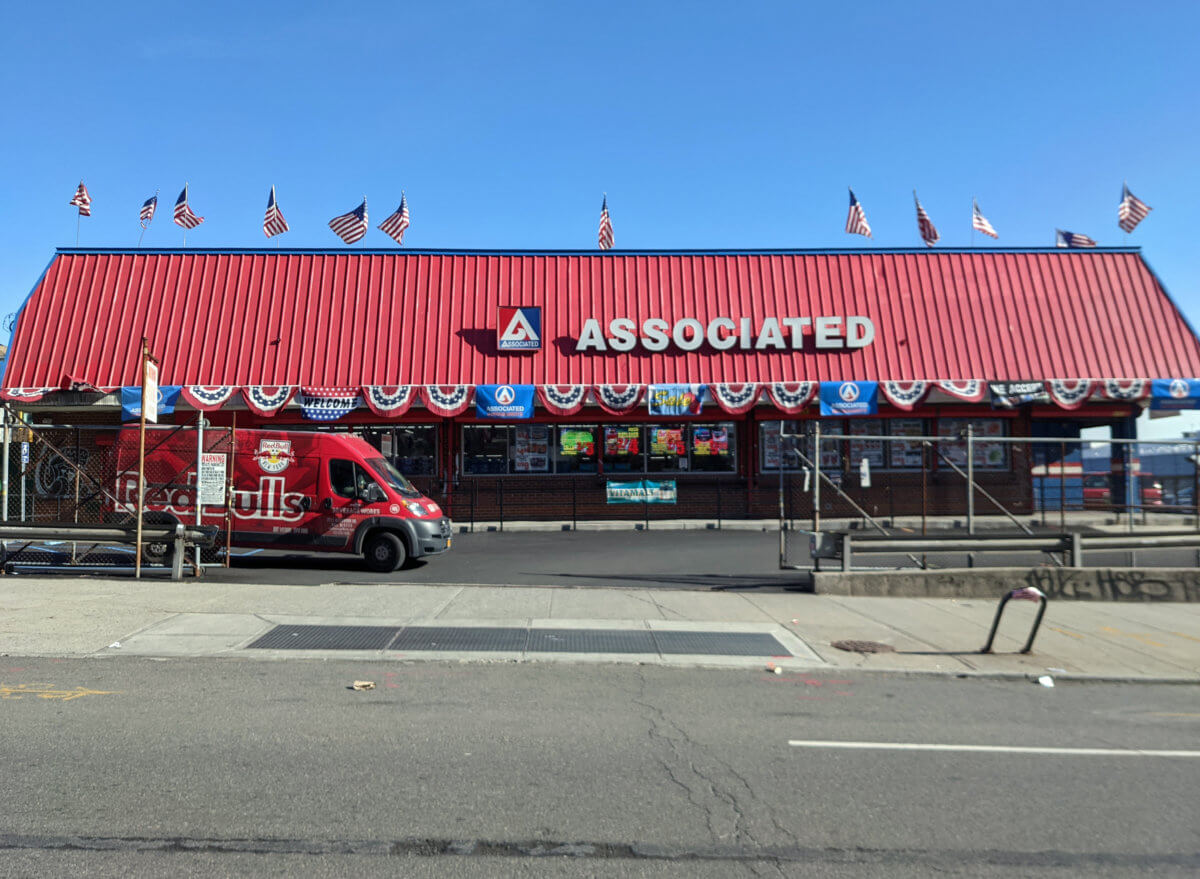 The Associated Supermarket at 975 Nostrand Ave. in Crown Heights, Brooklyn.

A spokesman for the developer who is planning to replace the Associated Supermarket at 975 Nostrand Ave. in the Crown Heights section of Brooklyn has disputed certain aspects of a group’s claim that is challenging the supermarket’s impending closure.

The group calling itself Save Associated is appealing to the public to assist with legal costs in preventing the closure of the Associated Supermarket.

“Please consider making a donation to help raise funds,” Alicia Boyd, main organizer of Save Associated, told Caribbean Life last week. “We are trying to raise $25,000 for a legal fund to help with legal costs in saving the Associated Supermarket, because there is no lease and no rent protections.”

Boyd said Save Associated also wants the public to sign a petition to save the supermarket.

She said, since 1970, the Crown Heights/Flatbush community has had a supermarket at 975 Nostrand Ave., near Empire Boulevard and Sullivan Place.

“The property is actually owned by a real estate investment firm in Manhattan, who is planning on building a large luxury tower in its place,” she said. “Residents in the community are now organizing to save this supermarket by putting pressure on the local elected officials, raising money for a legal defense and engaging in a political campaign to save this vital supermarket.”

But the spokesman for the developer, identified as Midwood Investment & Development, told Caribbean Life that no eviction notice or 90-day notice was presented to the Associated Supermarket.

He said the ideal timing for the supermarket to vacate the site is late May, and that the developer is working through timing details with market ownership.

The spokesman also disputed Boyd’s claim that the developer is “planning on building a large luxury tower in its place.”

He said current plans for this site include a significant amount of affordable housing, along with retail.

The spokesman also said a large portion of that retail will include a supermarket that is significantly larger than the current Associated Supermarket.

“We’ve been a member of the Crown Heights community since we bought this site in 1970 and brought an A&P to the neighborhood,” the spokesman said. “We have remained committed to providing a home for a high-quality, affordable grocery store, and have long allowed the Associated Market to pay well below market rent, as we determined the future of the property.

“As we continue to work toward a mutually beneficial arrangement with the market’s ownership, we look forward to moving ahead with plans for a larger supermarket on the site, along with a significant amount of affordable housing and local job opportunities,” he added.

The spokesman said these plans have long predated the recent controversy and that they would comply with the site’s existing zoning.

In addition, he said the new market will complement the several other grocery stores in the area.

The spokesman also said that Midwood has been transparent with the tenant since the original lease expired in 2015, communicating its long-term plans to redevelop this property.

The tenant has been on month-to-month retainer since last summer, the spokesman said.