Illegal activities a threat to the Caribbean region 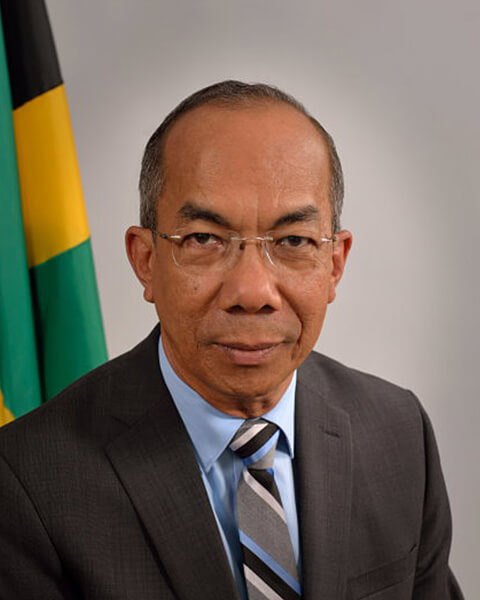 At a Committee Meeting held by members of CARICOM Council of National Security and Law Enforcement (CONSLE) on Thursday, May 26, via video conferencing, Chairman of the Council, Jamaica’s National Security Minister, Dr. Horace Chang revealed the serious problems the Caribbean is confronted with regarding illicit and illegal activities. In making this address to the region’s National Security officials, Minister Chang said that the trafficking of firearms requires attention from security officials from within the Caribbean Community because this is a significant challenge.

The national security minister stated that approximately 23% of all recorded homicides takes place in the Caribbean, “This is an average of 15.1 per 100,000 people, which is nearly three times the world average,” he told the security officials. In further explaining the problems to the hemispheric security officials, Dr. Chang said, “proliferation and increased access to illegal firearms account to the high level of armed violence and insecurity within the region.” He further explained that “the firearm is the weapon of choice for committing homicides and other acts of crimes and violence. In this regard, I have to underscore the need for greater collaboration and partnerships to combat the scrouge of illicit trafficking of firearms,” Chang declared.

In continuing, Dr. Chang expressed some hope and mentioned that steps are being taken by an organization called, The Implementation Agency for Crime and Security. He said they are working to strengthen the capacity of member states in the region to successfully detect and prevent the firearms from entering the shores.  The CONSLE chairman asked officials that there be a commitment to regional mechanisms that support firearm ballistics gathering and information sharing.

In discussing the problems CARICOM faces regarding drug trafficking, Dr. Chang pointed out that the illicit trafficking in drugs throughout the region operates in conjunction with mechanisms supporting the legal trade.

Calling for a re-engagement of the strategic partners in the region, the CONSLE chairman said, opportunities must be identified for this re-engagement to strengthen the existing maritime framework and build on the work of CARICOM IMPACS, which provides maritime data on high-risk vessels on a daily basis. This, he said is to “enhance maritime security especially with countries in CARICOM having landmasses one-tenth of their Exclusive Economic Zone. This is of paramount importance,” the security minister stated. Dr. Horace Chang advised that all forms of trafficking be comprehensively addressed whether it was trafficking in persons, migrants smuggling and illegal migrations. “It is imperative for countries within the region to continue to protect victims, prevent the occurrence through raising awareness and prosecute and convict perpetrators of these crimes,” Minister Chang declared.

Chang acknowledged the significance of cybercrime on the community and noted the emerging level of the crime. Cybercrime, he said, has evolved and is growing in the context of COVID-19 pandemic, “through online fraud, extortion and online child sexual abuse targeting vulnerable individuals, as well as through ransomware that primarily compromises systems including hospitals. Minister Chang explained to the audience, that organized crime groups have also taken advantage of remote working and tele-business resulting from the pandemic. This is enforced primarily through phishing scams that enable malicious access to critical information.

The National Security Ministers Hemispheric Security Meeting was held in support by Jamaica’s Permanent Representative to the Organization of American States (OAS) and Jamaica’s Ambassador to the United States, Audrey Marks.