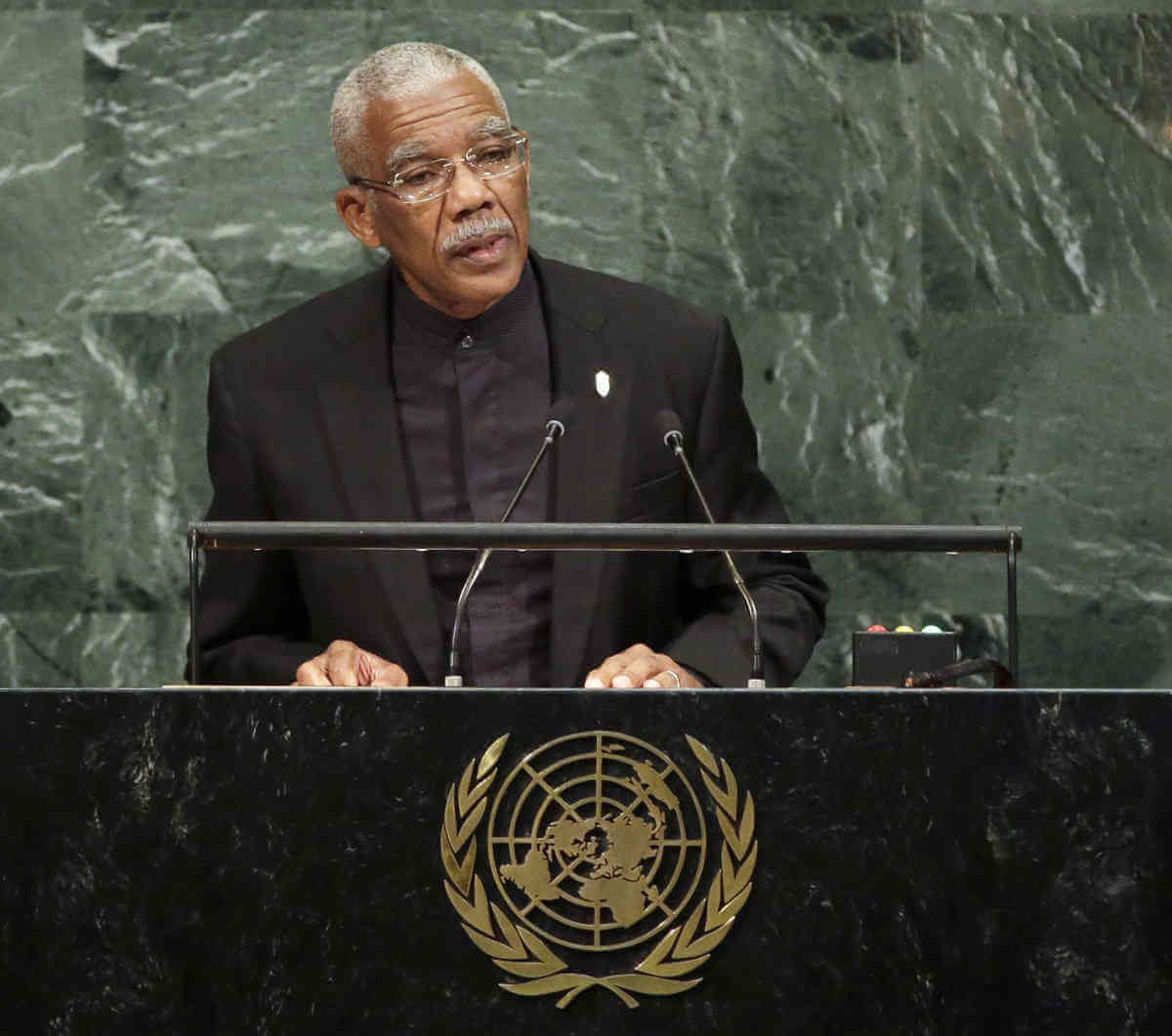 The nasty criticisms and attacks have died down but the issue of whether Guyanese authorities are deliberately bringing in plane loads of Haitians to rebalance the racial make up of the country and to pad the voters list for upcoming general elections remains a hot political potato as the silly season gets into high gear.

Once again, Minister of Citizenship, Winston Felix is under the spotlight as the main opposition People’s Progressive Party (PPP) and surrogate organizations continue to harbor suspicions about the arrival of large groups of Haitians. Authorities say they are simply passing through to other countries like neighboring Brazil and French Guiana.

Forced to react, Felix this week furnished data and statistics, he said, officials have received from Brazil showing that of the 8,476 who have deplaned since January and the end of July, about 80 percent of them have turned up at immigration ports in northern Brazilian states after crossing Guyana’s southwestern border. Most don’t bother to check out with Guyanese immigration as they are free to cross the border Takatu River Bridge without hindrance but they do show up at federal Brazilian checkpoints. Most also abandon the return portion of their round trip tickets.

Critics say that once the move to funnel large groups of Haitians to third countries comes in the midst of Guyana’s election season, suspicions about their intent are bound to surface.

As nationals of the Caribbean Community, the Haitians are granted six-month stays on their arrival. A few hundreds have found jobs as security guards at commercial enterprises and private homes. Others have headed to the interior and some have found work as farm hands and related fields.

Furnishing information to show that government is not participating in a scheme to rebalance the population in favor of Afro Guyanese, Felix said authorities had moved to ensure they got the data from Brazil and have now put in in the public domain for debate.

Accounting for the failure of many to check out on the Guyana border side, Felix said that local records show only 1,170 of the 8,476 have actually left but Brazilian data indicate that a whooping 6,925 have indeed done so.

“The opposition elements had provided figures of quite a different sort. They claimed that 8,602 Haitians arrived in Guyana and only 13 departed. I leave the public to make their own judgments on these figures. So far they haven’t produced anything of substance to substantiate what they have been claiming, but they have just thrown it out there and left it like that for others to pick up and run with it. Our figures are standing in our favor in the eyes of right-thinking people in Guyana,” charged the minister.

Traditionally, Guyanese vote strictly along racial lines. The PPP is expected to pick up the bulk of its votes from Indo Guyanese, while the governing coalition of retired army general David Granger is known to be supported by a majority of Afros and Guyanese of mixed ancestry.

Elections are expected sometime in December. Granger’s administration with its wafer thin, one seat parliamentary majority was back in late December toppled by the opposition when one of the government’s own lawmakers voted with the opposition in a stunning no confidence motion. He has since fled to Canada. It is now in caretaker or interim status, responsible largely for taking the country into fresh elections. Polls show a tight race between the two main groups.

Felix had earlier this month complained about the level of hate and racism thrown against the Haitians.

“They are just passing through and yet they are attracting all the negative thoughts and actions of people who are seeking power. Everyone is making noise about the Haitians who simply use Guyana as a point of transit to get to their diaspora in Columbia, Cayenne or Panama. This position resembles xenophobia and is even practiced by certain people seeking power,” he had said.