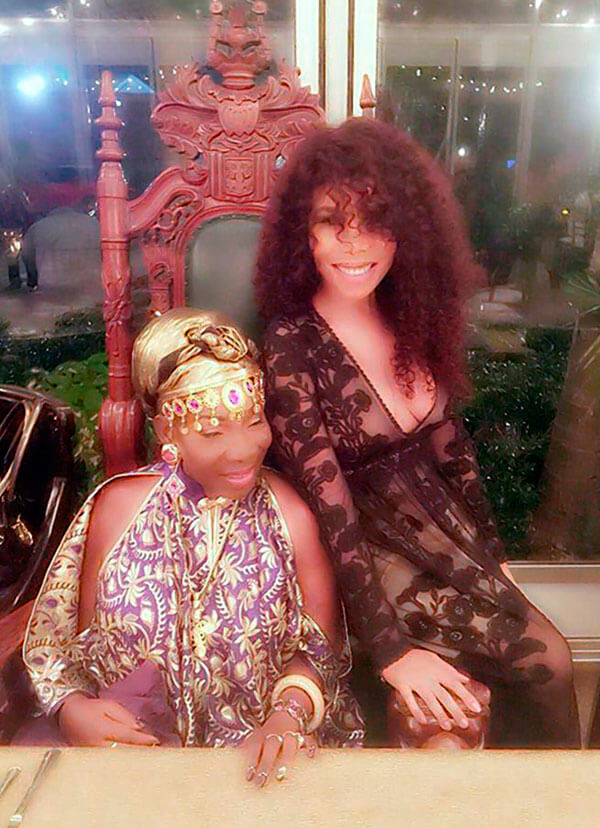 In previous years Rita Marley spared no expense in celebrating her July 25 birthday. Throughout the years, her special annual rivaled those of a queen with fanfare that included the release of balloons and doves, musical tributes, African and Caribbean cultural presentation — jonkonoo, fire-eating exhibitions — friends and family.

Last year, despite COVID-19 restrictions reportedly, Cedella invited a select assembly to commune with a menagerie of animals, eat, sing and dance to revelry that ended with a chorus of Stevie Wonder’s Happy Birthday” song.

This year the matriarch will yield to plans the family decidedly committed in honoring the 76th birthday anniversary with a series of activities dubbed “One Rita: Royal and Rootsy.”

Aimed at highlighting an array of her lifelong passions, a full month’s program is designed to regale the avowed reggae queen’s devotion to supporting Jamaican communities.

“Her philanthropy, determination. Work ethnic and entrepreneurship is the meaning of community,” her grandson Skip Marley said. “that’s where I’ve seen the real meaning of love and heart.”

A witness to her good deeds and philanthropic spirit, the son born to Cedella — the firstborn to Rita’s union with Robert Nesta Marley — endorsed the diverse itinerary which includes a treasure trove of activities to include humanitarian, environmental, health and wellness sessions, gender focused discussions, reggae music appreciation, virtual broadcasts and the relaunch of the annual Rita Marley Scholarship.

In recent years, Cedella has spearheaded weeklong activities marking the date with celebrations themed for Soul Shakedown Party (in Nassau), the Lioness of Reggae (in Jamaica) and Mystic of a Queen (in Miami).

This year’s expanded version kicked-off on July 9 with the One Rita Beach Clean-up in the Bull Bay region the family resided.

There in Jamaica, residents participated in fulfilling Marley’s quest for improving the neglected beach with hopes of signaling an appeal for an annual campaign to restore clean environments throughout the island.

The Rita Marley Foundation will host The Reggae Closet on July 15 to offer a free boutique for Kingston’s inner city communities.

Women will especially benefit from the health and wellness day this week when at a venue known as Jamnesia, they will be afforded a full regimen of health-related services. In addition to spa treats, specialists will provide tips on enhancing health care.

According to a published report afterwards a Bonfire Reasoning session on the beach is expected to inspire fireside chat ‘by women, for women and about women.”

In recognition of Jamaica’s 60th anniversary of independence, a collaborative presentation with the National Dance Theater Company of Jamaica promise a Suite of Songs to acknowledge Marley’s appreciation of the other cultural influence that shaped her early years.

Dance is a genre she admires but Rita Marley is acclaimed worldwide for her singing. To fete that distinction, the Marley family will highlight the celebration on Jul. 13 with a live-stream Sirius Satellite radio concert at 5 p.m.

Aired on the Bob Marley Tuff Gong Radio channel 19 and the SiriusXM app, a star-studded broadcast will feature Jamaican recorders Taurus Riley, Chaka Demus and Pliers, Carlene Davis, Richie Spice, Gem Myers, Dean Fraser, Shuga and Christopher Ellis. Although, the mid-month event will provide a variety of recorders from the reggae genre Marley earned iconic recognition, the celebration will culminate on her actual birthdate with a live video stream on Tuff Gong TV.

The Jul. 25 broadcast will feature highlights from all the month’s activities. While the only bride of Robert Nesta Marley and king of reggae has mothered more children than she birthed, she is also grandmother, great grand, and great, great grandmother making her matriarch to four generations of off-springs.

In Africa, she founded an entire village of support at the Konkonuru Methodist School in Ghana and adopted 35 children in Addis Ababa, Ethiopia.

To her credit, Rita Marley was named an honorary citizen of Ghana and Ethiopia.

In addition to her homeland Jamaica, the Cuba-born widow of the first Third World superstar — is reputed for advocating for disfranchised youth by providing educational tools to empowerment.

Her out-reach has surpassed establishing a home for pregnant teen-aged girls in Kingston and donating back-to-school supplies to needy youths in St. Ann, a rural district in Jamaica.

Through the Rita Marley Foundation which was created in 2000 to alleviate poverty and hunger in developing countries, her efforts to aid the needy has extended to elder care.

Rita Marley was awarded the Order of Distinction in 1996 and the Marcus Garvey Lifetime Award in 2010.

Among the myriad honors bestowed on the avowed queen of reggae, she was nominated for a Grammy Award in 1982.

Some of her hits includes singles “Who Colt The Game,” “Harambe,” “We Must Carry On,” “One Draw” and “Many Are Called.”

The University of the West Indies awarded her an honorary Doctor of Letters degree in 2015.

Rita Marley is the author of “No Woman No Cry: My Life with Bob Marley” and a cookbook she titled “Harambe For The Holidays.”