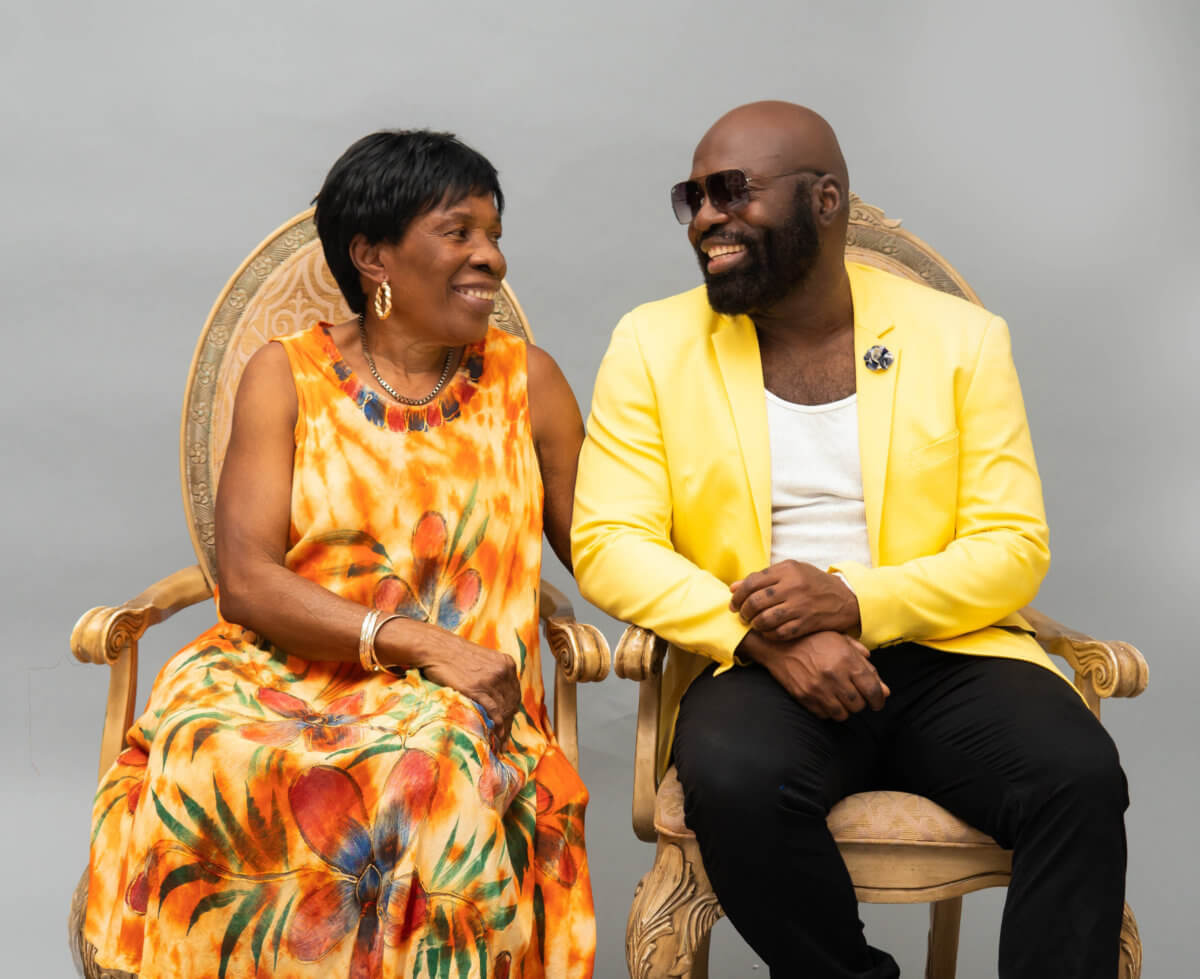 Jamaican music ambassador Richie Stephens and his mother, Mama Carmen, celebrate the recording of their first album together, “Mother & Son.”

Stephens — who in 2017 was awarded by ASCAP with “Song of the Year” and “Digital Sales of the Year” for his contribution to Rihanna’s single “Work,” which was among the top songs on the 2016 year-end charts — disclosed that this project is his greatest musical accomplishment.

“I’ve always had this idea of doing an album with myself and my mother, and now that we’ve done the album, I would say it is one of my greatest musical achievements so far,” Stephens said. “This is historic. It has never been done in the reggae genre before.

“This is an album with my mother that (who) carried me for nine months and who nurtured me as I never grew up with a father,” he added. “That should explain even more how excited I am about this project. I feel very, very excited that we have accomplished this dream together.

“My mother has always wanted to be involved in music,” Stephens continued. “This is the ultimate satisfaction for her. Every time I see her, she is happy. Every time we get a compliment from someone, it means so much to her and to me, as well.”

Stephens said he was “so excited” that the album is completed and was getting ready to release it on Aug. 20.

“I’m just so happy; I’m so excited,” he said. “What I especially love is that my mother was able to deliver at such a higher level vocally.

“People like for Freddie McGregor, Reggae Queen Marcia Griffiths, Sanchez and my other peers have congratulated Mama on her performance,” he added. “They have called me up to really, really salute her and to congratulate her on a great vocal performance. This is just so special to me.”

Stephens said his mother is one of the original singers in the family.

“My grandmother also used to be a top singer, as well,” he added. “My mother inspired and supported my decision to pursue music professionally.”

Stephens said he started recording Mama Carmen about 25 years ago, with “Mama’s Blessings.”

“Then, several years after that, we recorded a song called ‘Shine,’” he said. “And then, we recorded a couple of other songs that I included on a gospel album that I did.

“Recently, she recorded her first solo song called ‘They call her Moses,’” he added. “After that song I decided to put the album ‘Mother & Son’ together with both of us.”

Stephens has been an established global superstar for more than three decades. He garnered recognition from his very first performance, at 11, which left the crowd in awe.

Whether appearing with reggae greats such as the late Dennis Brown or with the late Sir John Holt, he has Jamaican audiences rocking and dancing in the aisles.

Stephens, who missed the 2011 Jamaica Jazz and Blues festival due to the tragic death of his 22-year-old son, performed with his friend Gentleman at the 2012 Festival.

“When I was at my lowest it was the strength of the Most High and the healing power of our music that helped me to move on,” he said. “But it was while still at the crossroads of my healing and speaking to the Almighty that the message came back – Live your life.”

That message morphed into his anthem, “Live your life.”

Stephens described performing with Gentleman before an audience of 750,000 people in Poland as part of his therapy.

The video clip for the song won the award for “Best Music Video” at the 2012 International Reggae and World Music Awards (IRAWMA).

That year he racked up a total of 12 awards including three Lifetime Achievement Awards, four Song of the Year awards, a USA Congressional Proclamation, two Achievement Awards and Best International Song for 2011.

In June 2012, he was the recipient of a USA Congressional Proclamation from Gregory Meeks at the Third Annual LI Caribbean-American International Festival in Long Island.

That year, he released a gospel album, “God Is On My Side.” The 12-track disc included powerful original songs like “Tears,” “In The Name of God” and traditional gospel songs, like ‘Why Me Lord,” “Only A Fool” and “A Change Is Gonna Come.”

Besides the international awards and the album, the singer was one of the top performers at the newly-branded Reggae Sumfest, which drew record crowds at Catherine Hall in Montego Bay.

The singer and his Ska Nation band then embarked on a successful six-week summer European tour. which included stops at “Reggae Jam” in Germany and the “Untold Festival” in Romania, which attracts over half a million patrons annually.

Stephens’ work was recognized in 2006 by the government of Jamaica with the Governor-General’s Achievement Award for his contributions to various civic, social and recreational projects.