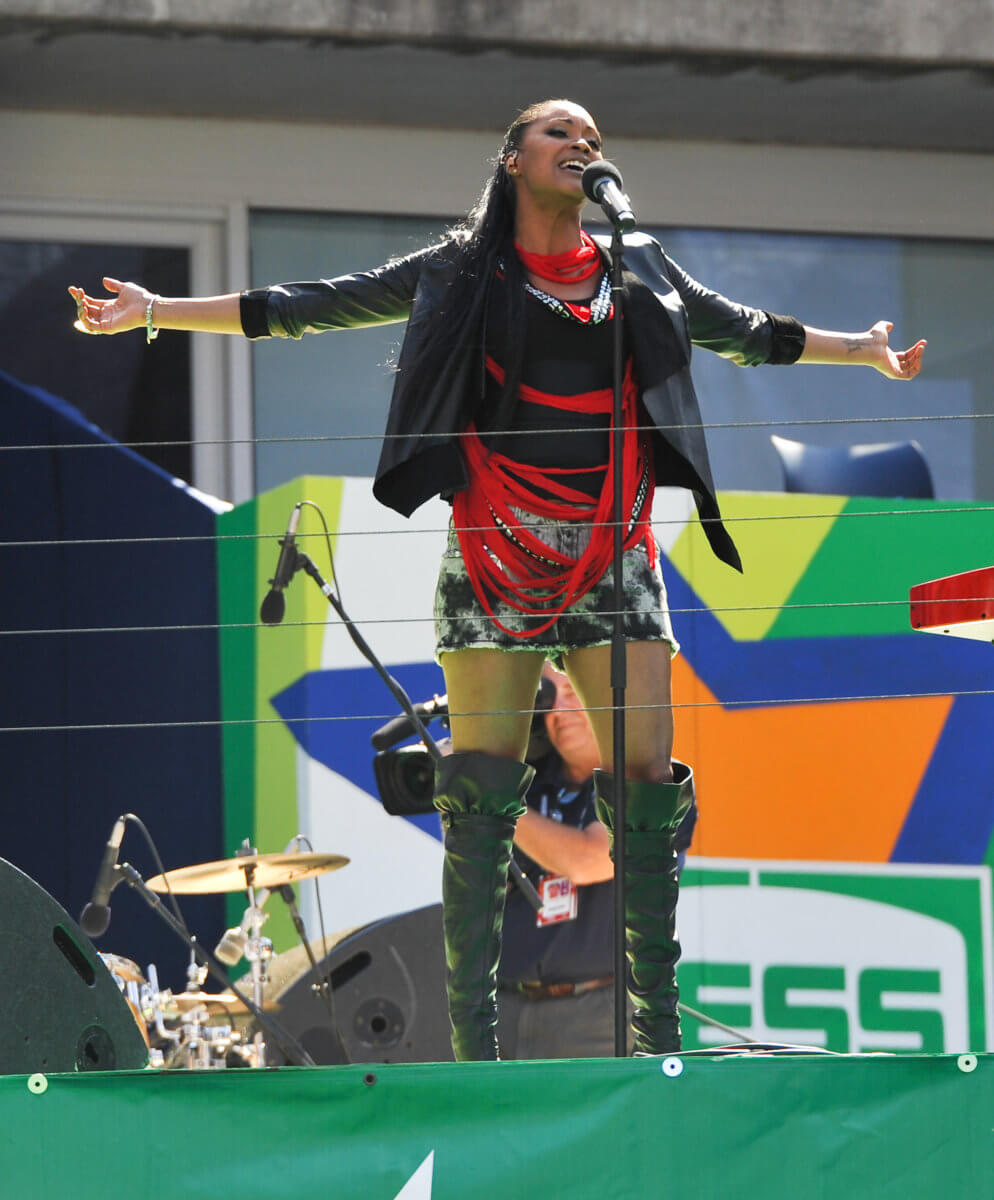 When it comes to writing hit songs, the expertise of Barbadian-born Grammy-nominated, singer-songwriter Shontelle Layne are unmatched, according to Trinidad and Tobago Newsday.

“So, it’s no surprise she has written hits for international superstars, like Beyoncé, Rihanna, Bruno Mars, Sean Paul and Beenie Man,” reported the publication on March 5. “In fact, it was her work as a co-writer on Rihanna’s 2011 single ‘Man Down’, which gained Layne the title of Grammy-nominated artiste.”

Newsday said the song’s parent album, “LOUD,” was nominated for Album of the Year at the 54th Annual Grammy Awards in 2012.

“But Layne, known simply to her fans as Shontelle, doesn’t only write hit songs; she sings them, too,” it said, stating that, in 2008, Layne’s solo debut single “T-Shirt” climbed to the top 40 of the Billboard Hot 100 music charts in the US.

Two years later, Newsday said “she would take her single ‘Impossible’ to the chart’s top 20 and, at the same time, score a top-ten hit in the UK (United Kingdom).”

But though Layne’s music career has taken flight globally, in the genres of pop and R&B, her roots are firmly planted in Caribbean culture, Newsday said.

“Born and raised in Barbados, she isn’t hesitant to let people that she got her start in soca music,” it said. “A co-writer on Alison Hinds’ ‘Roll it Gal’, Layne credits the song as a stepping stone to her breakout success.

“Now, she’s reconnecting with her soca roots with the recent release of a soca-infused song called ‘Tomorrow,’” it added.

Newsday said the song’s “emotionally-charged lyrics were inspired by current global events, like the COVID-19 pandemic, the global Black Lives Matter protests and the farmers’ protest in India.

“I just felt like I wanted to give everybody something; not only even hope but like drive and motivation,” Layne told Newsday. “It (the song) really feels like a battle cry, something to energize and get you up.”

Newsday said Layne is also a part of Machel Montano’s Monk team and writes songs for the soca star.

She is one of the co-writers on Montano’s 2019 hit song “Toco Loco,” Newsday said.