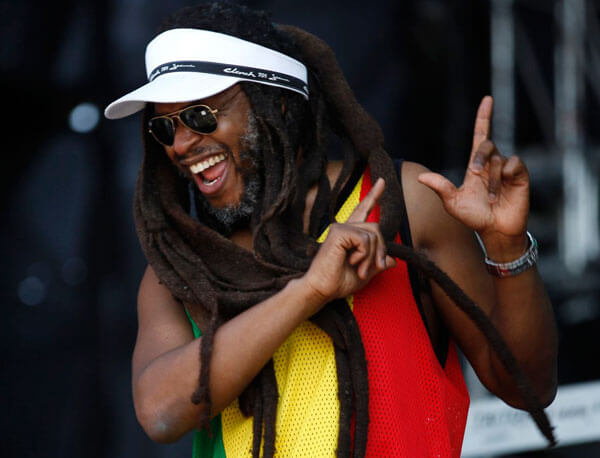 British reggae supergroup Steel Pulse is now ramping up efforts to complete “Dreadtown” a documentary, which chronicles their 40-year odyssey to promoting the Caribbean beat.

Members claim, the hasty catalyst to completing the video biography to be two-fold — in order to appease fans with their stellar contribution to the genre and to aid in the recovery of Haiti from the devastation of an earthquake five years ago.

According to lead singer David Hinds, a percentage of funds from proceeds of the movie will be donated to the “Hold On (4 Haiti)” campaign which aids Haitians by supporting solar energy solutions in hospitals and schools through Solar Electric light Fund and Partners In Health.

Slated to open in theaters next year, the film features the reggae band’s first-ever visit to Haiti and to the clinics which have already benefited from the life-changing introduction of solar power.

“We wanted to make a difference on the ground,” Hinds explained.

They also recorded a song titled “Hold On (4 Haiti)” from which a portion of sales will be directed to the cause.

Hinds wrote the song immediately after the Jan. 12, 2010 quake that devastated the French creole-speaking republic.

The documentary will be a testimony to how the band’s message has empowered people from across the globe to fight against their own forms of oppression throughout the decades. Hinds believe that the same revolutionary thought can still continue to grow in the world.

However, despite the fact many of the songs intended for use in the telling screen showcase are songs recorded and sung by the group, many are not owned by the group.

“We call upon the fans of Steel Pulse and music and movie fans alike to assist us in completing this movie and get it into cinemas in 2016. We are nearly there, but we need your help to get us over the line.

“We need to obtain licenses to include all the songs, out-takes, B-sides, dubs, and live versions that we have planned for the movie. We don’t want to take any shortcuts and unfortunately, music and archive footage licensing can be costly.

“There are so many treasures that we have unearthed and we know the movie just wouldn’t be complete without them, which is why we’re asking the fans to support the project now.

“Your contribution will be vital to get the tracks which we use in the film and not owned by Steel Pulse.”

The appeal to fans provides alluring perks to donors that include film screenings with Hinds in Los Angeles and New York City.

Steel Pulse was formed by a group of first-generation Caribbean youths born into the harshness of 1950s Handsworth, a ghetto in Britain’s second city, Birmingham.

With the odds stacked against them, they fought against the prejudice of a system rife with racial prejudices, police brutality and lack of opportunity.

Using provocative lyrics to propel songs such as “Handsworth Revolution” and “Ku Klux Klan” they quickly found kinship with music lovers that identify with their rhythm, blues, beat and politics.

Some describe their music as a direct response to the rise of Britain’s conservative politics of the 70’s.

And with band-members actively involved with “Rock Against Racism” and other outspoken, activist alliances, the reggae collective emerged Britain’s first Black group to win a Grammy. Their international acclaim soared in the USA when President Bill Clinton invited them to perform at his inauguration.

They were the first reggae band in history to play at the White House.

Then and now, the group has sung out on issues that affect the masse here, there and everywhere. Whether it was famine in Ethiopia, hurricanes in the Caribbean, police brutality in Ferguson, Baltimore, Sanford, the Trayvon Martin murder in Florida and even the topical issue of the inability of Blacks to get yellow taxi cabs to take them uptown to Harlem, the British super-group consistently recorded an opinion to confront injustice and empower communities.

As s a matter of fact, featured in a video for the song “Taxi,” Rev. Al Sharpton and talk-show host Jay Leno made cameo appearances.

“Topics like race, immigration and social justice dominate our collective consciousness, and Steel Pulse’s musical message can now be of great benefit to a new generation, seeking to learn from history in order to make a better planet for the human race.”

Bold enough to speak out, Steel Pulse have often been dubbed “the voice of the voiceless,” a group on a global mission to expose injustice and inequality with their message of revolution through self-empowerment.