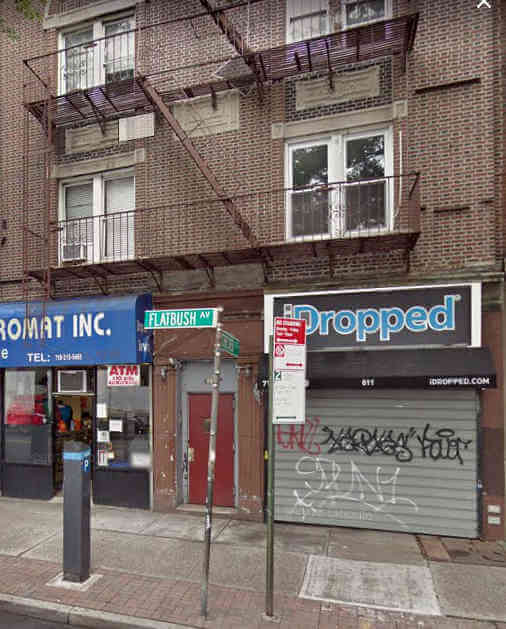 One of the buildings owned by the Shasho family located at 611 Flatbush Ave., Brooklyn.
Source: Google Map

Ten rent-stabilized tenants on Tuesday filed a complaint in Kings County (Brooklyn) Supreme Court alleging that their landlord, the Shasho family, has engaged in long-term tenant harassment and illegal housing practices in an effort to push tenants out of their rent-stabilized apartments in Brooklyn’s gentrifying Prospect-Lefferts Garden neighborhood.

Tenants allege the landlord has even installed separate heating and cooling systems in the Airbnb units, while the long-term tenants suffer in the frigid cold.

Tenants, represented by Brooklyn Legal Services’ Tenant Rights Coalition, which receives support from the City’s Anti-Harassment and Tenant Protection program, take their landlord to court to seek penalties and punitive damages, and put a stop to the long-term harassment and illegal housing practices.

“Sometimes I come home and the lights don’t come on. In the wintertime, I freeze in my own apartment because there’s no heat,” said Digna Doesserie-Mitchel, a tenant of 611 Flatbush Ave. since 2006.

“How is the landlord going to fix up these other apartments for Airbnb and not maintain the rest of the building?” she asked. “We actually live here. We pay our rent just like everyone else. Enough is enough. We deserve better than this.”

“Not only is the landlord terrorizing these tenants to drive them out of their rent-stabilized homes, but they are actively putting the tenants’ lives at risk,” she said.

“The landlord also mocks, threatens, and gaslights tenants when they request repairs or complain about the landlord’s illegal hotel operation, operating under the assumption that tenant protection laws won’t be enforced,” she added.

“But they are dead wrong,” Frizell continued. “We won’t stop fighting until every tenant in this building gets the justice they deserve.”

NYC Department of Social Services Commissioner Steven Banks said “every New Yorker has a right to a safe and healthy place to call home,” adding that the current administration is “using every tool available to enforce the law against unscrupulous landlords who disregard their basic obligations.

“We are proud of our partnership with Legal Services NYC as we continue our efforts to prevent tenant harassment and displacement by holding landlords accountable for their actions,” Banks said.

Brooklyn Legal Services charged that the Shasho family has racked up over 220 open housing violations in three buildings over the last four years: 611 Flatbush Ave., 607 Flatbush Ave. and 599 Flatbush Ave.

The violations include Housing Preservation & Development violations for lack of heat and hot water, fire hazards and repairs; seven Department of Building violations for illegal construction practices; and eight Environmental Control Board violations related to construction, the building’s boiler and electrical violations.

Brooklyn Legal Services said one of the buildings, 607 Flatbush Ave., is “one of the most distressed buildings in the City, which HPD has put in the City’s Alternative Enforcement Program.

“If repairs are not made within four months of the initial notice, the City could file a tax lien against the property,” Brooklyn Legal Services said.

In response to complaints about deplorable living conditions and harassment, Brooklyn Legal Services said the landlord told one tenant: “’It is a s—t building and you are still here. You guys must love this shit.’”

When a tenant notified the landlord that they were going to call 311, the landlord replied, “’What are they going to do about it?’” according to Brooklyn Legal Services said.

It said the landlord later quipped, “What did reporting to the City do for you?”

Brooklyn Legal Services said when the landlord responded to tenants’ repair issues, “the response was delayed and woefully inadequate.”

In one instance, Brooklyn Legal Services said the landlord provided a “refurbished” refrigerator to a tenant that “contained a live rat after she complained her refrigerator was no longer working.”

It said another received a refurbished stove was infested with roaches and mice.

Tenants also allege the landlord relentlessly harasses them to force them out of their rent-stabilized units “in violation of the city’s anti-harassment statute, including filing baseless eviction proceedings, charging erroneous late fees, failing to return copies of counter-signed leases to tenants, making repeated and unwanted buyout offers, and forcing tenants to pay rent through a portal in a convenience store 7-Eleven located 30 minutes by foot from the buildings,” Brooklyn Legal Services said.

It said the landlord forces other tenants to pay through an electronic payment system, adding that when one tenant refused to use the system, the landlord replied, “’When are you moving back to Barbados?’”

The tenants, according to Brooklyn Legal Services, also report being afraid of an unlicensed contractor the landlord employs named “Q.” “who has repeatedly threatened and menaced tenants, yells spontaneously in the hallway in the middle of the night, plays music at very high decibels, and otherwise disturbs tenants’ peace.”

“On one occasion in 2018, Q. taunted a tenant with a gun after he asked Q. to stop threatening female passers-by,” Brooklyn Legal Services said. “When the tenant complained about Q.’s behavior to the super, the super indicated that Q. gets ‘riled’ when he is drinking,” it added.

Some have reported losing sleep and feeling unsafe in their units, because of the constant stream of guests who loiter in the common areas, Brooklyn Legal Services said.

It also said tenants report feeling dehumanized by the illegal practices and harassment.

“One tenant expressed ‘great sadness’ when he sees a neighbor pushed out of their apartment and is ‘constantly on edge’ because he does not know what his landlord is going to do next or who will be affected,” Brooklyn Legal Services said.

Brooklyn Legal Services said it filed the complaint in Kings County Supreme Court on behalf of the tenants who are seeking to stop the harassment, nuisance and illegal practices.