Tribute to the martyrs of Howard Beach circa 1996 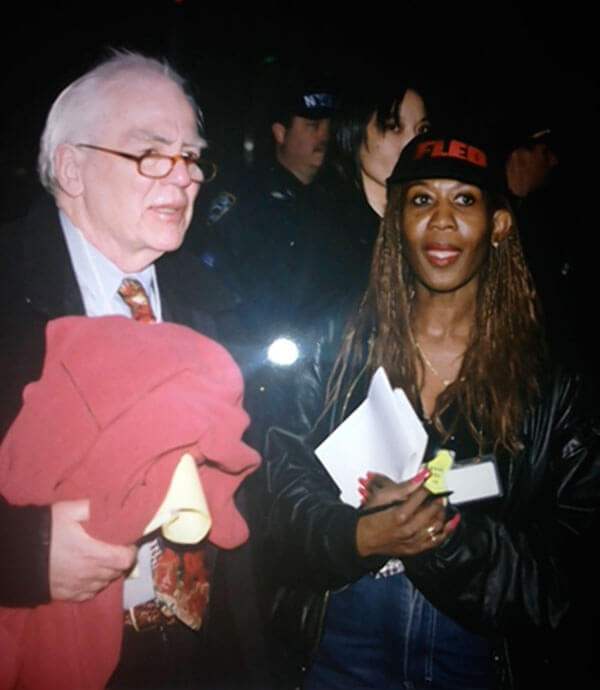 It’s hard to imagine that three decades have passed since the ill-fated tragedy in Howard Beach, Queens shocked the nation.

Actually, the Black men did not really stumble, they were riding in a car that ran out of gas when they decided to walk through the neighborhood to find fuel. That part of New York was Howard Beach and they quickly realized that Blacks were designated personas non grata by some of the residents there.

Simultaneous to their search for petrol, a party harbored neighborhood protectors who decided to reprimand the intruders for walking through their part of town.

In the Supreme Court it was proven that the white youths, armed with baseball bats hurled racial epithets, chasing the Black men as if they were wild dogs hunting prey.

Griffith ran for his life but he was trapped by the Belt Parkway. Rather than face the mob, he paid the ultimate price when he faced traffic and was struck dead.

The pack caught up with Sandiford and almost beat him to death.

The fatal attack shocked the nation and even attracted attention from Oprah Winfrey who dedicated an entire edition of her popular afternoon talk show to discuss racism in America.

Anyone who has seen the credits roll after Spike Lee’s “Do The Right Thing” movie may have noticed the dedication the filmmaker gave to the family of Michael Griffith.

The trial of those racist youths lasted — for me — a lifetime.

The memory is indelible in my mind.

And to see those white youths getting the conviction of their life was almost an unobjective joy I still relish 30 years after.

It was that victory by the special prosecutor that ultimately determined Charles “Joe” Hynes would make a fair Brooklyn district attorney.

Based on his performance during the trial and the team of assistants he assigned to the case to successfully prove the case against those thugs and repeatedly earned votes to retain Hynes’ prominence with the office of the Brooklyn District Attorney.

That distinguished position ended just under two years ago when he was defeated by Ken Thompson, the first Black to win the seat.

Personally, I was acknowledged for coverage of the trial by the National Association of Black Journalists with a “Journalist of the Year” honor.

Caribbean Media Association also lauded me with a beautiful Lucite Award for my reportage in the Daily Challenge, the city’s only Black daily newspaper, and the Amsterdam News, the weekly newspaper acclaimed to be the one of record for the Black community.

In 2011, the Griffith-Sandiford family also honored me with the first treasured award for journalism coverage.

On that occasion Joe Hynes was also presented with a lovely, lucite trophy for his dedicated service.

On Dec. 20, the family will repeat the generous gesture by presenting 11 awards to individuals who also distinguished themselves with superlative dedication to the family.

“The 30th anniversary award ceremony will honor 11 individuals who are committed to constructive development and public service,” Christopher Griffith, said.

The eldest son of Jean Griffith — still grieving from the deaths of his brother and Sandiford was deeply affected by the tragedy.

For years after the tragedy, he could not fully accept the death of his younger brother and that he was so brutally taken seemed a source of his desire to remain reclusive and private.

Since the brutal attack and trial, the family has distinguished themselves with dignity. Jean, Sandiford’s widow and Griffith’s mother has rallied to the cause of mothers who have lost children to brutality.

As the head of the Griffith-Sandiford household she has held memorial tributes to the two martyrs.

Throughout the trial she said she prayed for the perpetrators and said she forgave them for taking her son’s life.

One of the accused racists apologized for his behavior and his lawyer, Steven Murphy has remained a “friend” to the family.

Murphy attended the first memorial tribute held at the House of the Lord Pentecostal Church.

The Civil & Human Rights Award will be given to C. Vernon Mason, a former attorney and current pastor.

A keynote address will be delivered by Richard Green, founder of the Crown Heights Youth Collective Inc.

Yours truly will make the presentations to each recipient.

The commemorative event will be co-hosted by Boyd, an author, historian and activist and Lenny Green, WBLS radio personality.

The program is slated to begin at 7 pm and will end at 10 pm.

For more information, contact Christopher Griffith at (718) 568–7999 or griffithsandifo[email protected]ve.com

Proceeds of the memorial tribute may be sent to the: