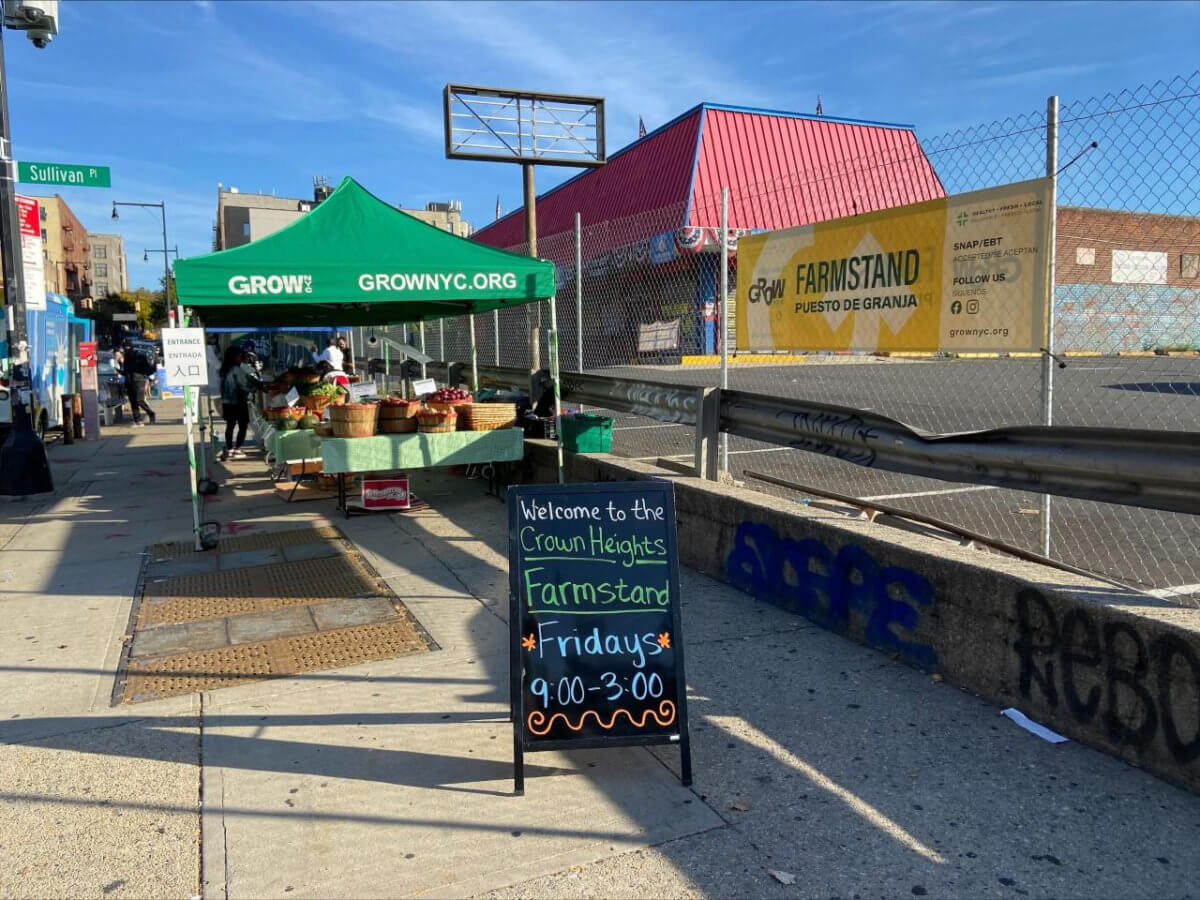 The farmstand, made possible by funding from Adams and Cumbo, will serve residents of Crown Heights and surrounding areas.

It comes after the recent closure of the Associated Supermarket, which is being redeveloped into a residential building with ground-floor space for a new supermarket in July.

Since the closure was first announced, numerous residents and local leaders have raised concerns about a lack of access to fresh food in the area, while construction on the lot is ongoing.

Democratic Mayoral Nominee Adams, a staunch advocate for increasing access to fresh and healthy food in underserved communities and reducing food deserts, hailed the opening as a positive step for food justice in the borough.

“My personal health journey of overcoming Type 2 diabetes with a whole-food, plant-based diet taught me the value of leading a healthy lifestyle,” he said. “Since then, I have made it my mission to expand access to healthy produce in communities throughout Brooklyn, particularly those that have historically been denied healthier options.

“The opening of this new farmstand in Crown Heights sends a powerful message that we are turning the page on that history, and taking concrete steps to build a healthier borough and city,” Adams added. “I thank my colleagues in government and GrowNYC for their efforts to bring this needed service to the community.”

“Central to our mission is making sure that all New Yorkers have access to fresh, nutritious fruits and vegetables,” said GrowNYC President and CEO Marcel Van Ooyen. “We are grateful to elected leaders like Borough President Adams and Majority Leader Cumbo who invest in the health of their constituents, ensuring that Crown Heights residents can get delicious, regional food in their neighborhood. We are also pleased to work with NYS Sen. Myrie, NYS Assembly Member Richardson, and Community Board 9 on opening this farmstand so quickly after the closure of the Associated Supermarket.”

“Thanks to GrowNYC, Brooklyn Borough President Eric Adams, and all staff who are working to make this possible. As a result of this initiative, there are many residents in my district, especially seniors, who will now have a supermarket within walking distance,” said Cumbo.

“The loss of the Associated Supermarket has definitely increased the concerns around food security in the community district. Brooklyn Community Board 9 is happy to welcome the farmstand as one way to help mitigate the loss of the supermarket by bringing fresh produce directly into the community while also promoting healthier eating,” said Brooklyn CB 9 District Manager Dante B. Arnwine.