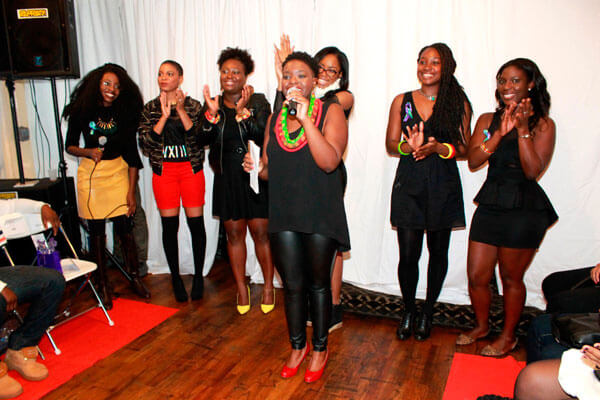 There is a wealth of women’s organizations aiming to pull women together in the name of sisterhood and empowerment.

On college campuses, women have many organizations to choose from whether it is within a sorority, student union, faith based or Caribbean based organization.

Bringing women together to empower and celebrate their cultural heritage, the Grenadian American Young Women’s Association (GAYWA) is championing for their beloved country with a passion to impact and effect change.

Kizzi Belfon, a Grenadian native and past president of GAYWA, could have joined any women’s health organization but chose GAYWA for a sense of community.

“It would be great — and none of us are objecting to being members of women’s organizations that are more inclusive — but I think when you’re in a place like New York City and you have all these people from these different areas it’s good to band together. And a lot of times when people migrate here there isn’t that community connection. Being together, there’s so much we can do because we have that commonality of being Grenadian so that makes us push more,” Belfon said.

Chantal Jones, a first-generation Grenadian American and current president, added, “I was born here so I feel like it helps me learn better because I’m around people who are around my age range. My mother, she didn’t really engage me in much of the culture when I was younger and that’s why I took it upon myself to join an organization like this where I can learn more and become more connected.”

Founded Nov. 10, 2010, the founding ladies realized that there were more for them to do following a Grenadian beauty pageant where they connected. “At the end of the pageant, we all got together and literally just started hitting the ground running. The idea was really just to speak to the youth in the diaspora as well as back home and to have events and do charitable things to help,” Noreen Wall, a Grenadian native and founding member, said.

According to GAYWA, “The purpose of the Grenadian-American Young Women’s Association is to promote the advancement of the youth within communities throughout Grenada, Carraicou and Petite Martinique. To implement programs that will facilitate their development educationally, socially and culturally.”

Since its inception, GAYWA has worked to create culturally enriched programming for Grenadian natives and first generation Grenadian Americans within the organization.

Celebrating their fifth year anniversary this year, GAYWA has grown insurmountably. From membership to events, GAYWA has been able to create pillar events including “Fashion For A Cause” and their “Take A Stand” campaign.

“One major thing that we’ve done in the past five years is our domestic violence campaign, “Take A Stand,” and that was in response to a number of killings and incidents of domestic violence in a matter of 12 days back home in Grenada. That really energized us and got us upset so we really wanted to do something about that and we started this campaign. We adopted a home — a women’s shelter in Grenada — we did an IndiGoGo in November of 2013 and we raised over $5000 towards that cause. We’re still working with the home and we’re trying to give some long-term help to the women there,” Belfon said. The money raised was used to buy books for the home, maintain the house grounds and more.

The women hope to raise more funds and make a trip to Cedar’s House where they want to get into the ground to make some aesthetic changes. “Our program once a year would be Cedar’s Home, the home that we adopted, and when we do “Fashion for a Cause” we have been donating to Cedar’s Home. We’re working towards making some physical improvements to the home itself right now,” Wall added.

Together, these women have watched each other face challenges, lean on each other for support and accomplish goals. Already accomplishing five years, the ladies of GAYWA hope that the future of the organization will continue to strive empower women within a sisterly bond.

“I think a legacy of sisterhood and just togetherness. I really want everyone coming in to understand that we’re in this together and at the end of the day we’re all the same. To really look at each other to learn and grow,” Wall said.

“I really want our legacy, the members, to be able to look at the older members and see how diverse we are, see our journeys and learn from that and be inspired by that,” Belfon added. “I really love the fact that we’re all in different fields because in our community so there’s a lot of that ‘you need to be a doctor, lawyer, engineer.’ I like that we’re so diverse so that they can feel empowered to know that they can do anything.”

“It’s really hard but being in this group as a new member I feel welcomed and I feel like I belong. I want anyone coming in that it’s always going to be ok and there will be people here to help you take that step up,” Ashley Superville, a first generation Grenadian American and active recording secretary, said.

The work is not yet done for GAYWA as they continue to pump out programming for women and youth. The goal is to always share their love for home whether born in Grenada or in New York with culturally enriched and philanthropic events meant to empower and entertain.