Sanders launches carnival in the Rockaways 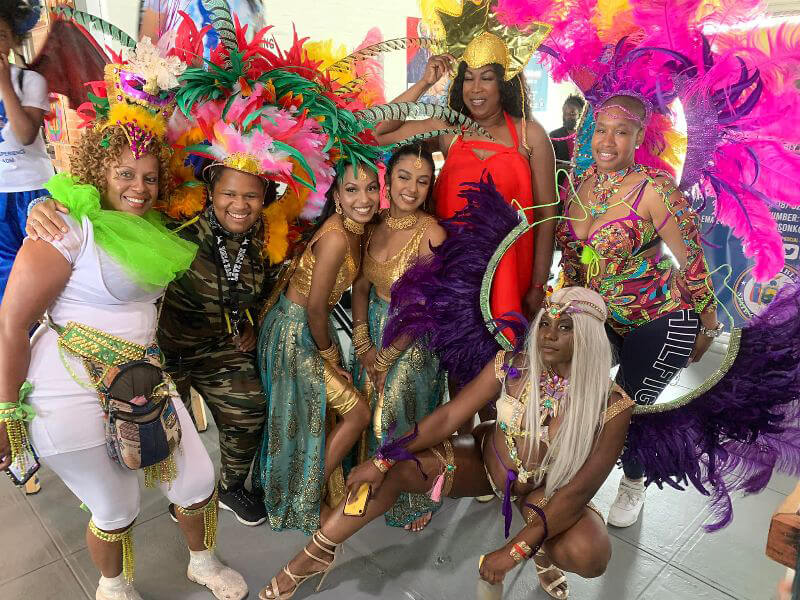 State Sen. James Sanders, Jr., representative for the 10th District in Queens, brought the party to the people over the weekend with the official preview/launch of the Queens Carnival.

A large crowd, representing many cultures, gathered on Saturday to celebrate and participate in the carnival, formerly called the Rockaway Caribbean Carnival, at the DredSufer Grill in Far Rockaway.

There were singers, dancers, moko jumbies (or stilts walkers), and plenty of complimentary food and refreshments.

However, all of this fun was just the appetizer, reminding everyone to come to the main event – the Queens Carnival, on Aug. 27, 2022 – when marchers will parade down Peninsula streets, and Sen. Sanders will play host and masquerader.

After the launching ceremony, residents, supporters and Carnival Committee members joined Sanders in a mini-march down the boardwalk, next to the Dredsurfer Grill on Seagirt Boulevard, as Caribbean music blasted.

In the past, the Caribbean Carnival in the Rockaways drew thousands of people, and even more are expected to participate this year at the newly-named Queens Carnival.

“Carnival aims to celebrate Caribbean arts and culture while highlighting the hidden jewel that is the Rockaways,” said a statement from Sanders’ office.

“Sen. Sanders invites people of all nationalities from all over the city and beyond to join him for this event,” it added.

“There will be good food, good company; come and make a friend,” Sanders said. “We are going to have a ball.”

The Queens Carnival will take place on Sat., Aug. 27, starting at 11:00 a.m., beginning at Mott Avenue and Beach 21st Street and ending on the boardwalk at Beach 17th Street.

For general information, to join the committee or to participate in the carnival, contact Senator Sanders’s office at 718-523-3069.