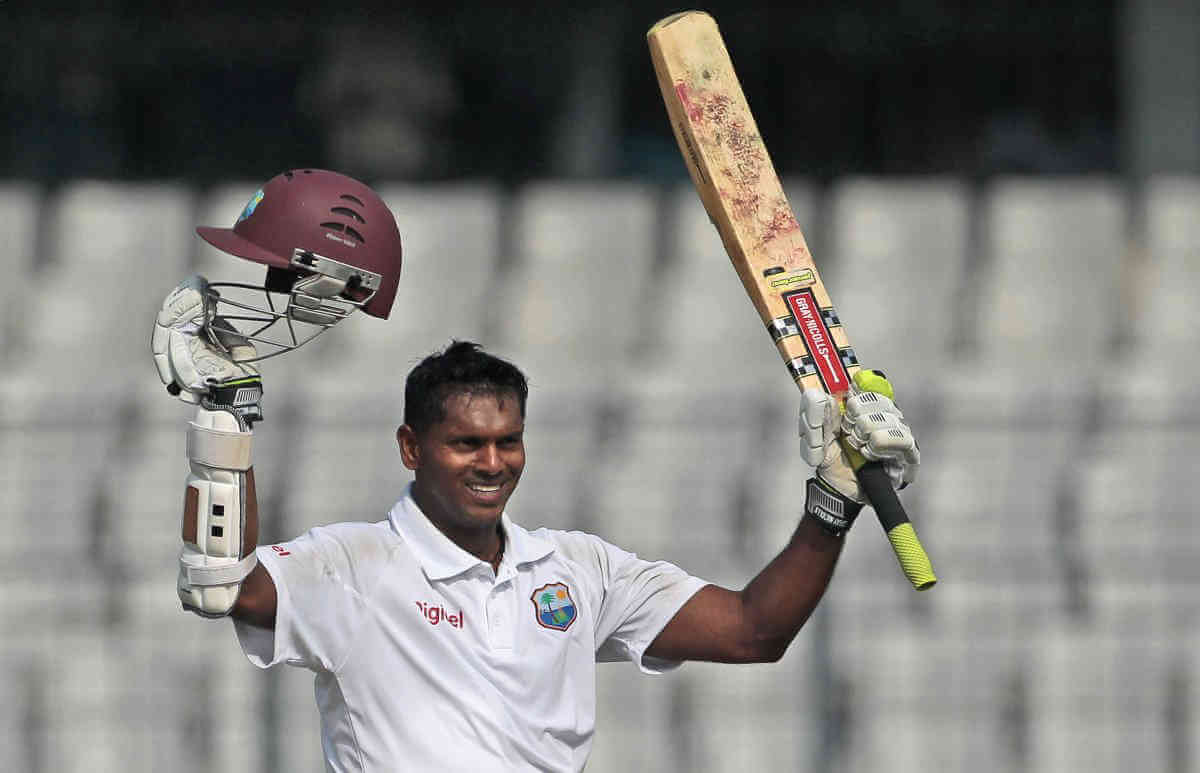 Associated Press / A.M. Ahad/ File
Legendary West Indies left-hander, Shivnarine Chanderpaul has become the latest West Indies player to be inducted into the International Cricket Council Council Hall of Fame.
The 48-year-old was last week named by the ICC as inductee 107 and was joined by Paconic Pakistan leg-spinner, Abdul Quadir and England’s multi-time World Cup winning captain, Charlotte Edwards.
A former West Indies captain, Chanderpaul plundered 11,867 runs from 164 Tests with 36 30 hundreds at an average of 51.37.
In One Day Internationals, he gathered 8,778 runs from 268  matches with 11 centuries at at an average of 41.60.
Chanderpaul is second on the all-time West Indies run-scorer list in Tests and is just one of two players — along with Brian Lara — with over 10,000 runs.
The Guyanese lies third on ODI run-scoring charts behind Chris Gayle and Lara.
Cricket West Indies last week hailed Chanderpaul as “the man of all seasons.”